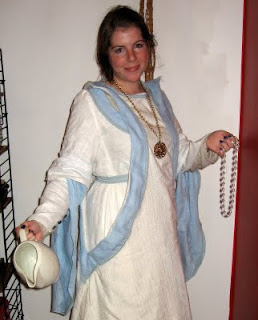 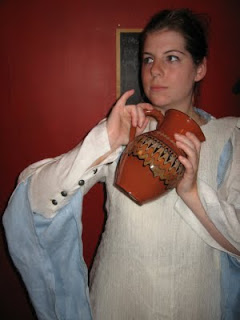 It hurt. It hurt and she was scared.
The gaping wound burned like fiery ice. She had missed the knife in his hand and then the smelly man had cut her. Even stabbed her. She didn't say anything, as there was nothing to say. Talulah pressed her hands hard against her stomache, there was a strange and revolting taste in her mouth. Blood still oozed out between her fingers.
And she was afraid.

Talulah rarely left the club. She had no reason to do so. Sally surely didn't trust her to run errands. And the garbage cans were right outside the back door. Now, for once, she was outside on the streets. Star had made a real effort into making her look pretty. She had applied all kinds of makeup, done her hair and lent her a nice dress. For an hour Talulah had felt pretty and normal. And now the man had put a big, gaping hole in the dress and she was making a mess out of it. The stain was still growing. It hurt.

Give me the money.

Why did you have to go and be difficult? Give me the money!

She clutched the bag, the little brown paper bag that held everything she had on her that day when she was found behind the club. The authorithies. She had finally found the courage to go to the authorithies. And he took it away from her. The bag. The courage.

Her blood was hot on her stomache. Star´s dress was ruined. She dropped the bag on the street. She fell to her knees top try to find it again. She was afraid, things were getting blurry. Then came the light. The voice.

Do not kill. Do not rape. Do not steal.
He's overstepped the boundaries.

With every breath came the fire in her lungs. But still, she forced herself to a standing position. She could hardly se him, yet tried to face him. The smell helped.

No.
Please go away.
Please.

And in the light, there is a shadow, and the shadow is an embodiment of everything the robber has ever done wrong. His misdeeds and wrongdoings. His murders, rapes, and thefts. And all the fear that he instilled in the hearts of others are turned back to his own black heart. His sin comes after him.

Numbers 32:23, "But if ye will not do so, behold, ye have sinned against the Lord: and be sure your sin will find you out."

Talulah is not sure she heard it. But she believes she heard it, as she drifted of into unconsiousness. Her hand looses it's strenght, the bag slips out of her weakening grip. It could be over now.

But it isn't.
Not this time.

Reverend Hosaia couldn't let the girl be another body on his streets. But she won't be part of his flock, not quite yet. She will wake up again. At the hospital with lot's of stiches. She´ll run, like she always does. Doing so, she is forced to leave the precious little brown bag behind her. And with it the dream of finding her way back. The way back home. This is the point from witch Talulah herself counts her long way down into the darkness with Jesus.

Pray with me.
For Talulah.
For all of us kindred.
Upplagd av wonderkarin kl. 18:31 Inga kommentarer: Länkar till det här inlägget