Origins of my ethics: The X-men 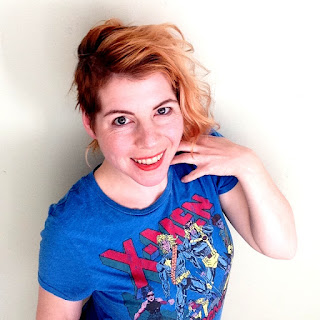 I was severely bullied as a child.
But I also read a lot of X-men comics as a child.
And I've identified as a feminist since before I even remember. I cannot remember a time when I was not a feminist. And for most of this time I have shared hobbies and interests with communities which were mostly gendered male, or at least male dominated due to the perceived gender of the leaders.

Due to the severe bullying I was subjected to, I had to find ways to survive mentally and as I've discovered as I've become more mature I have to an extent become used to the fact that there is a lot of people out there who know who I am and doesn't like me. They don't like my personality, they don't like my opinion when expressed and they don't like what I do in my feminist work.
I simply can't take their unliking into account when making decisions.

The other part of this is The X-men. The X-men often featured a tag line formulated along the lines of "Protecting a world that hates and fears them" or that they were mutants protecting a world that hates and fears them. And that kind of stuck with me. The moral of X-men as I saw it was that even if you were an outcast, not because of what you had done, but simply because of who you were, you could still choose to do good for the world. That you were never alone, but that if you just looked around you would find people in the same situation as yourself and you could band together.
But the members of the different mutant groups in the Marvel world also fought each other. Sometimes due to mistakes or tempers running hot, but also because of conflicting ideals. Different ethics, or common ethics but different priorities. So what have I learned?