Knutpunkt: A week in Gothenburg - Wednesday 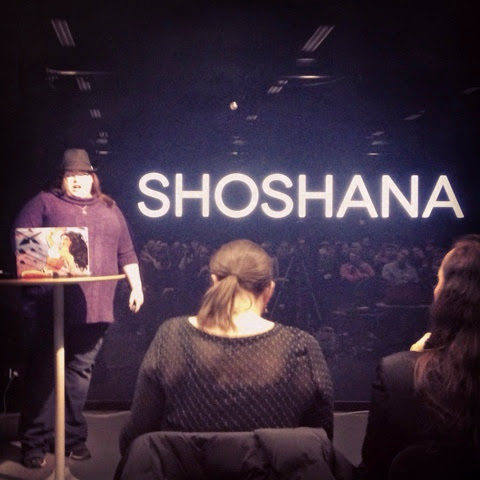 I was volunteering and helping out with whatever + using my car to transport those who had problems with using public transport. Volunteering gave me something to focus upon and an alibi to interact with people I didn't know yet. I had a lot of larpers come up to me and ask if they could help me wich was very nice of them and meant that I was never overworked and so I hope that helped the main crew.

Petter Karlsson was doing the technical stuff, mostly those things involved in filming it all and getting it online.

I found Shoshana Kessock and Martin Nielsens talks to be the most interesting ones. Hers was about ethics in content creation and the baseline is that the community as a whole holds responsibility on how safe larps will me. His was about bringing kids larps to a refugee camp i Lebanon. But don't ask med questions about details, I was much to preoccupied for that and will have to rewatch the talks myself. I just met Shoshana but we seem to get along quite nicely and Martin I met  at the 2011 set up of the larp Just a Little lovin' (or if we met at the workshop in Oslo before that.)

The night ended with a pre-Knutpunkt party at Haket, where my friend BaaB who is kind of an inventory at Haket, but also a larper, came by. He was suprised by the amount of people there but boy was I glad to see him, a rock in this sea of international larpers mingling. We sat down and talked about our characters in the vampire larp, regaled people with the tales of the sign at the bar that used to say "No talking of the vampire larp at the bar" and on how to play "mean" characters.