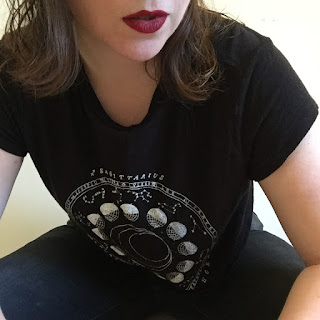 I'm sometimes accused of spreading aggressive feminism. Depending on what you count as aggressive, you wouldn't exactly be wrong. There is a lot of anger and negative emotion that drives me forward, but I try to use those emotions to make real change, material and practical change in the communities where I am active, which is mostly "Nordic Larp" and the Swedish larp scene. I myself don't really care about why people do things as long as the end result is beneficial to as many as possible. Some of us are driven by love, some by anger, some just cant stand the situation as it is any more. I'm driven by mixed emotions but negative emotions sure is what gives this engine it's turbo setting.

I've been wronged. And so have so many of my friends.

Growing up as a woman in the patriarchy is rough, and I often feel that the bullying I went through as a child has made me involuntarily masculinized, in such a way that I brought negative macho traits into my personality. I had to find a way to get through my early years and survive physically and mentally.  Reading a lot helped, as did watching fantasy and science fictions shows and movies. But growing up nerd without any close female friends also landed me in male dominated environments most of the time. I saw myself as a feminist early on and did hang out as much as I could with the few women I could find in the computer nerd environments where I did find a few friends in my late teens.

I don't think I made a lot of new female friends until I started larping in 2002 and in the beginning I was an odd bird out in the local Vampire larp. I looked like a woman but I acted a lot like stereotypical man. And female presenting individuals are not supposed to act like that.
I have felt many times that what I have done that lead to me being called aggressive would not have been judged as harshly if I had been perceived as a man by my peers. But as I am a woman I am expected to do emotional labour among other things. I am supposed to care about other peoples emotions and reactions to what I say. I am supposed to adapt my language to who might be listening. If someone tells me my opinions hurt or upset them, I am supposed to say sorry and soften my opinion and redact what I said.

Some of the most physcally threatening situations I have ended up in have been because I have refused to back down in defending myself and my integrity or the integrity of another person. It seems a lot of people of all genders think that if me and them just talk things out in private, I will see their point and change my mind and tell them so. But I see what I see, I know what I know and I will tell it like it is.

It reminds me of the Star Trek Captain Picard who when interrogated for days and asked how many lights he saw.

"There are four lights"

And if that is aggressive feminism, I can't help you.

And for all those women out there who are like me, don't let people calling you aggressive stop you. If they want to stop you, they have to actually stop you. Think through what you said or what you did and imagine the same words or actions coming from someone who is seen as male. Think, would your peers call him aggressive?