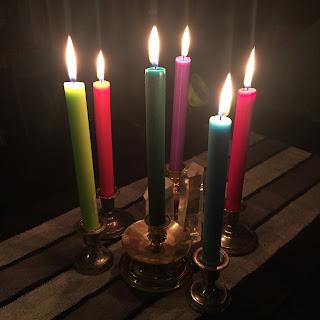 You feel weak, like you need support.
You need to unite, but with whom?

This is primarily a group for Nordic larpers, but all nationalities are welcome. The main purpose of this group is to be a place for people who in part or completely identifies as women or who are interpreted as women by society.

Your are welcome regardless if you are a larper or thinking about joining the community. The group is a feminist group but does not demand that its members see themselves as feminists.

If you are trans or non-binary and your pronouns or name could be misinterpreted, you may find it easier to contact an admin or admins with a request to join the group - just to avoid confusion. You are welcome here.


But what if I don't fit the demographic for any of the LWU-groups or if I want/need to join a group which is not gender separatist?

This is primarily a group for Nordic larpers, but all nationalities are welcome. The main purpose of this group is to be a place for people who in part or completely identifies as feminists.
Your are welcome regardless if you are a larper or thinking about joining the community but you need to be interested in larp.


Swedish version of the above. Started first by Karin Edman and Bim Åkesson Schär.

Larpers BFF (International, Knutpunkts-based, not an LWU group)
"What if, discussions on difficult issues started with the intention of creating solutions and understanding, maybe even friendship, rather than to sort out who's "right" ? Maybe that's a tall order as forums on the net fairly often tend to bring out the worst in people, the ones focused on the grand activity/hobby/interest of larp not being an exception. But still - on the official No hate day - This is what we propose.
The goal of this group is to take on the life and death questions of love, sex, life, despair, abuse, violence, gender, norms and much more.
The deal is this: Any person can become a member. Your gender, nationality, skin colour, function variations, socio economic background, sexual orientation and all that are totally uninteresting for your application.
Awareness of the sometimes stigmatised, under privileged and triggering aspects of some of these things (and what they entail) is very much of interest. Not that you need to know anything about it really. As long as you are willing do be kind and openminded and here to share and learn along with equals."

"A group for Nordic larpers who aren't the gender their parents first assumed, who (among other things do or would) enjoy fucking people of the same sex, or who don't want to fuck anyone at all."