She had been to the Tabernacle on Storgatan just prior to coming to the Elysium on Kungsgatan. There had been a musical portraying the last hours of the life of Jesus. It had been invigoration. The happiness and the warmth of those people. They even had headphones that gave her a translation to english of what they were saying, and singing. Not that she really needed one. She was so in tune with everything that happened on stage.
Some of the other homeless men that she used to meet at the soupkitchen that the Tabernacle used to give four times a week had also come. Most only because the weather had taken a turn to the worse, becoming colder again. Afterwards there was coffee for the rest of them. She herself walked up Raoul Wallenbergs street, across the bridge and over the canal to Elysium. She liked using her feet. They had served her well in her years, before her eyes were opened up.

A lonely figure moves across the canal, past the University building for Pedagogy. She is dressed in black cotton and linen and black leather and she wear a cross across her chest. And she carries her heart on her sleeve. 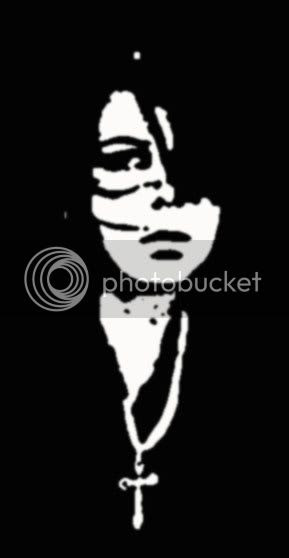